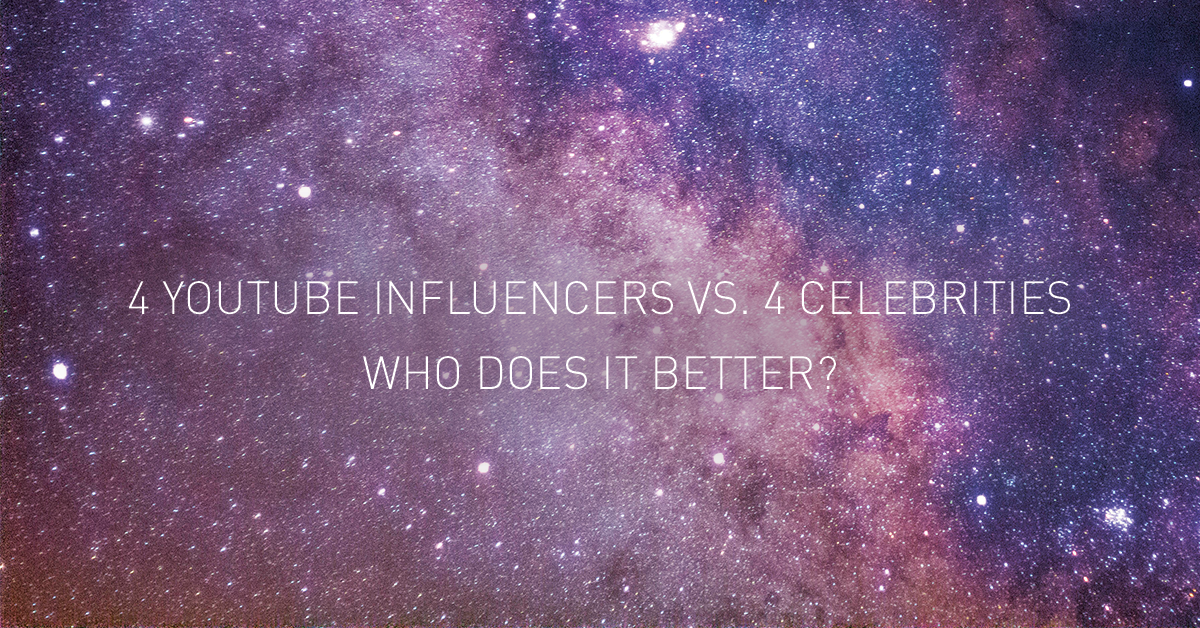 If you’re reading this, there is a good chance you’ve read the following stat (in some rendition), X% of millennials relate more to YouTube influencers than traditional celebrities.

Though we know from experience that this stat is true, we think there’s only one way to bring this ever popular stat to life – put YouTubers up against Celebrities using data!

Before diving into comparisons, let’s look at a few possibilities of why millennials are resonating with YouTubers:

For this example, we’ve pulled a few faces most of our readers and in-the-know marketers should be familiar with. Why did we pick these names? Because we’ve encountered their video content as trending within the last month!

We pulled all the YouTube influencers and Hollywood celebrity accounts into ivvi, our leading influencer marketing software to get a better idea of how these individuals compared by their YouTube engagement stats (which includes a total number of video views, subscribers, videos and comments). 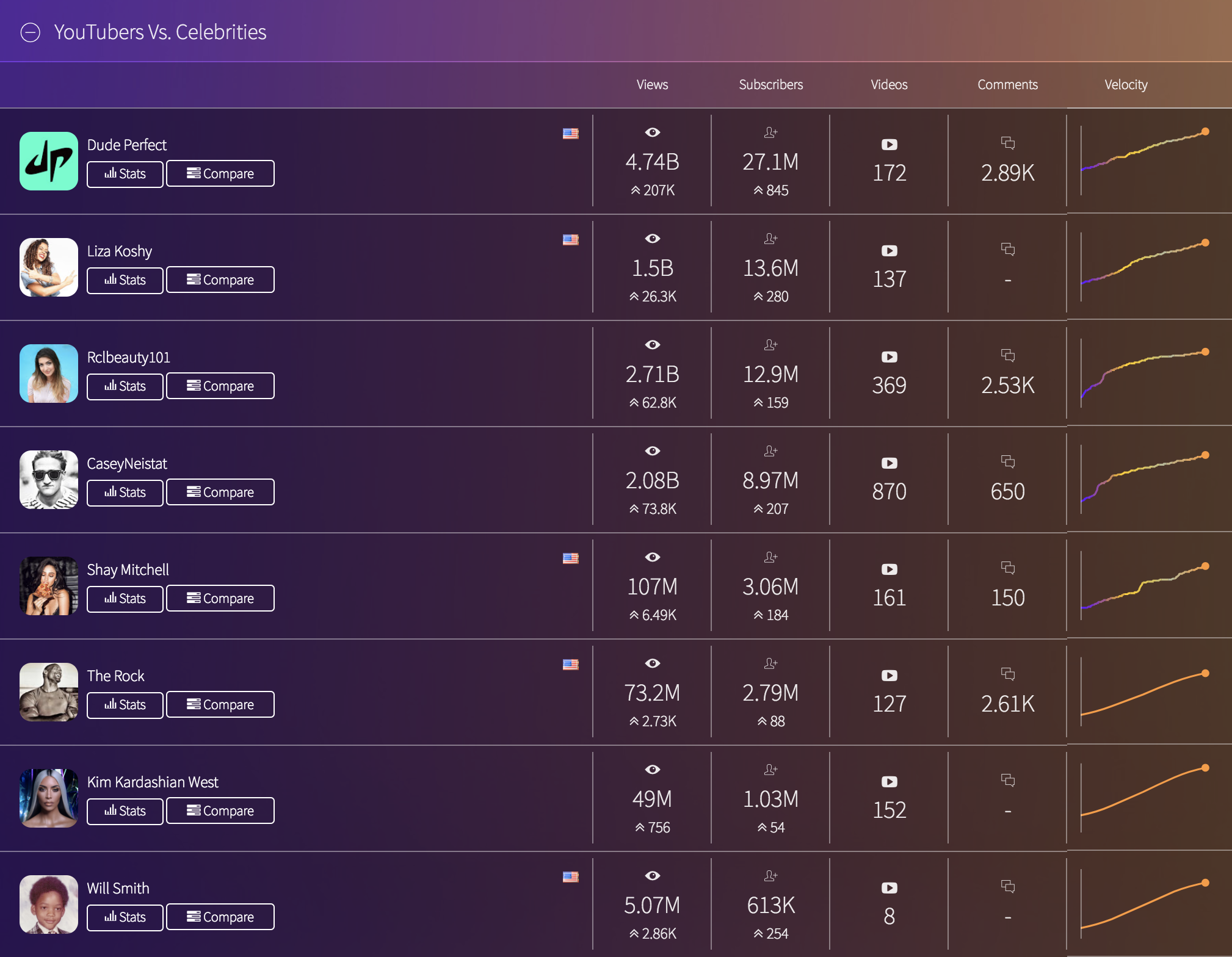 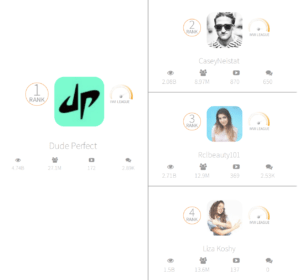 Based on the chart, ivvi indicates that YouTube stars have much higher numbers in relation to video views and subscribers. Simply put, this means that partnering with a YouTube influencer (similar to the ones named above) for a campaign will get more eyes on your content over partnering with a celebrity.

If you browse the YouTube channels above there are a few main differences that can be noticed between the YouTube influencers and the celebrities channels.

This is the question every marketer wants to know. However, unfortunately, there is no blanket answer because each influencer/celebrity and each brand work privately to come up with campaign details, including compensation.

Nonetheless, from our experience, we know that typically YouTube influencers are easier to connect and negotiate with. Again, as mentioned above, for YouTube influencers their channels are their main source of income and they are actively looking for new exciting partnership opportunities that match their personal brands.

Luckily, there are ways to get a rough estimate of how much you should to pay a YouTube video creator! Our friends over at Influencer Marketing Hub developed this amazing YouTube Money Calculator tool! See below for a few screen grabs for a sneak peek of how it works. 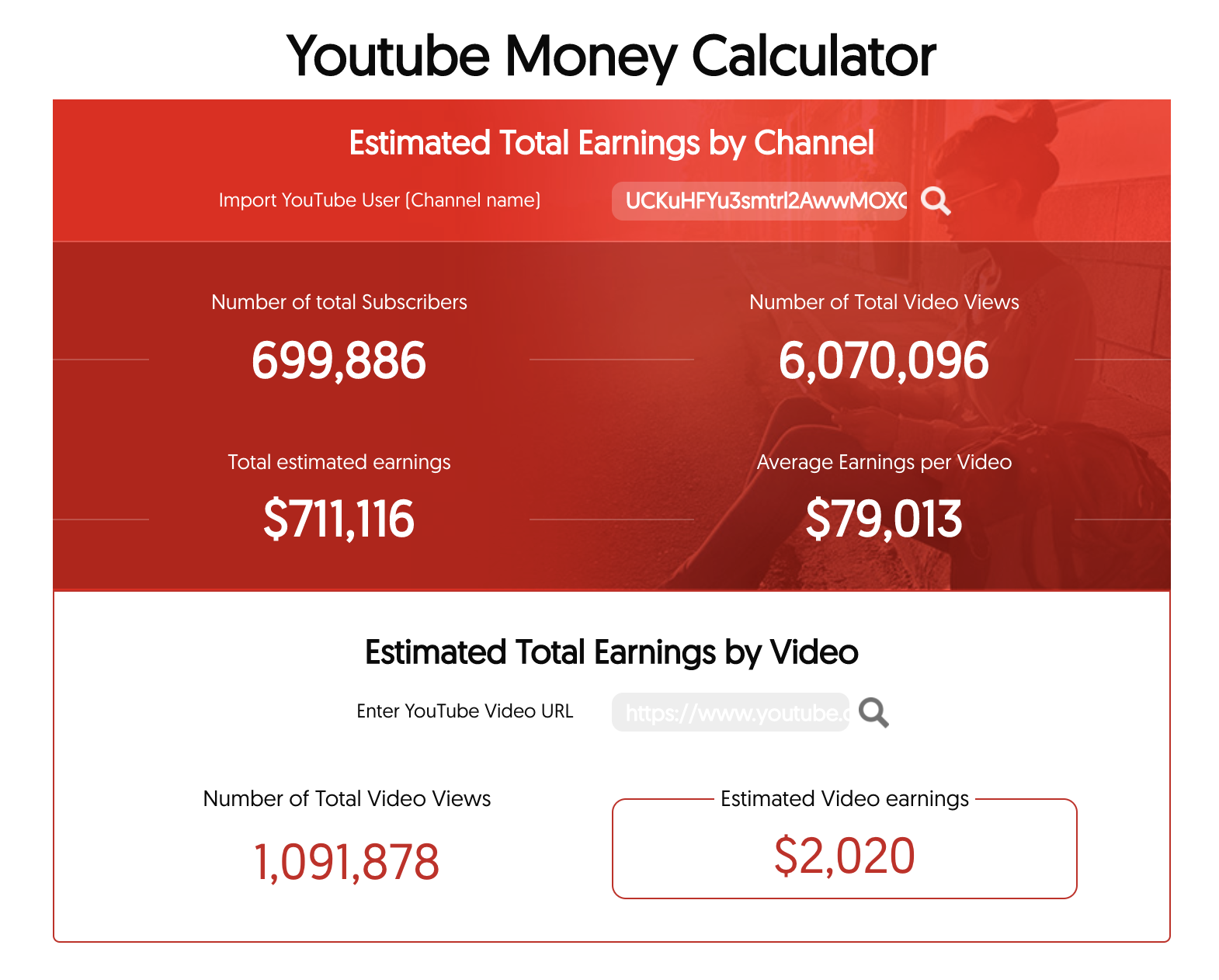 Because of these means of measurement, this tool may indicate that it costs more to work with a YouTube influencer over celebrity; however, this is not the case. For example, Kim Kardashian charges an estimated $200,000 USD for a single image post on Instagram.

Outside of cost, there’s value behind the influencer/celebrity as well. Who do you want to be an ambassador for your brand? And what type of audience do you want more brand exposure with?

The data shows that YouTube Influencers do it better than traditional celebrities when it comes to content creation, engagement, and video reach!

Using the same budget that you would to partner with one Hollywood celebrity could be used to partner with multiple YouTube influencers and will increase branded content, content engagement and overall campaign reach.

If you need help finding the right influencers or strategizing for your next campaign, we can help!