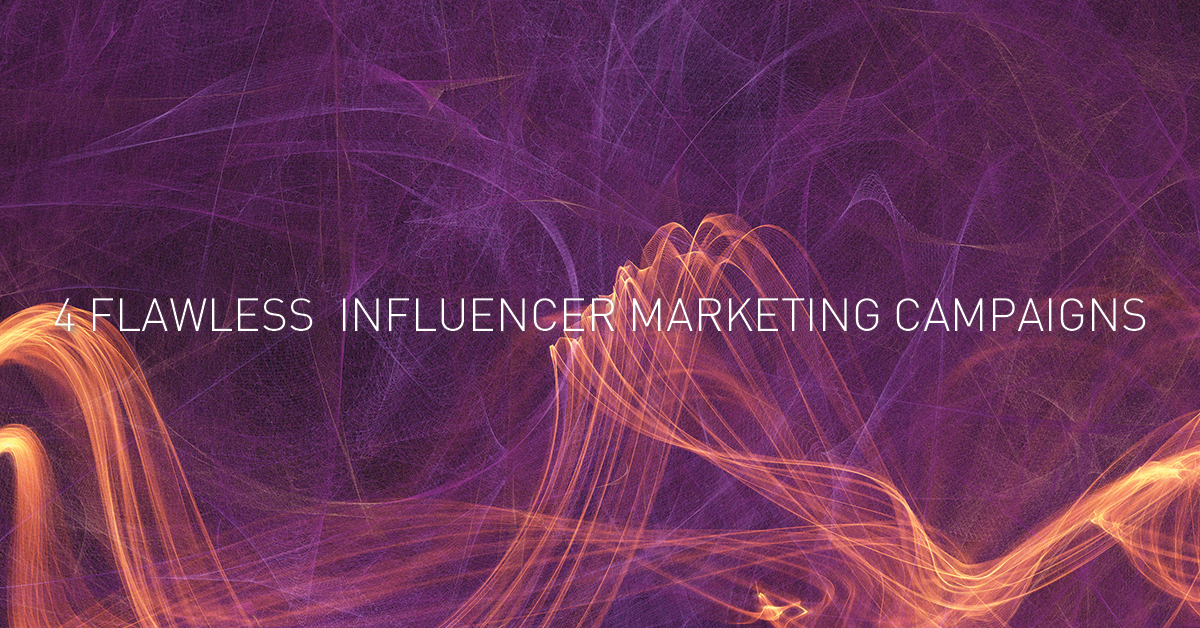 Have you opened one for your go-to social media apps yet today? If you have, there’s a good chance you’ve spotted a social media celebrity (or two) casually mentioning some of the world’s leading brands. Are they passionate consumers or paid brand advocates. For the average social media consumer, it may be hard to tell the difference. This is one of the many beauties of influencer marketing and why innovative brand marketing teams are making this evolutionary strategy a core feature of their annual marketing budgets.

Using the ivvi platform, we tracked four campaigns from 2017 that are generating a lot of brand engagement. 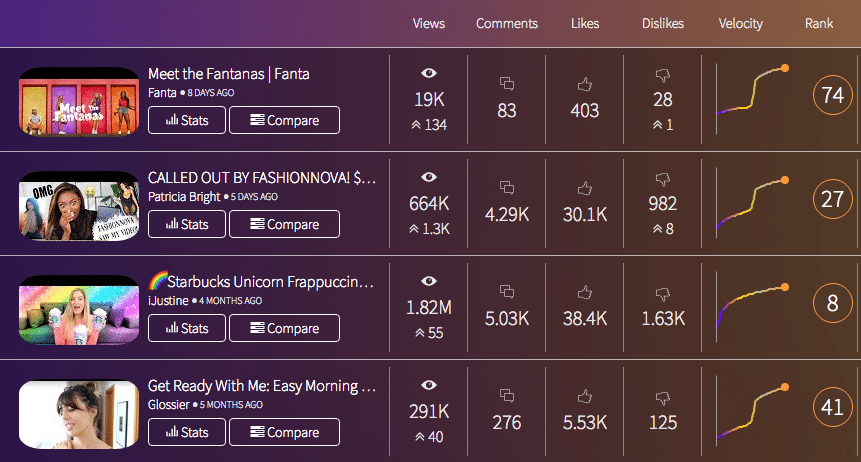 No two campaigns are alike, from soda pop to makeup, the following four brands have developed unique influencer marketing campaigns that all marketers should check out.

Coca Cola’s Fanta marketing campaigns live by the saying “consistency is key”. The Meet the Fantanas campaign has been a part of the company’s marketing efforts since 2010. Over the years, the campaign has evolved from commercial ads, television segments to a now largely social media presence, including its casted stars.

The soda brand’s fourth launch of the Meet the Fantanas campaign leverages YouTube celebrities, MyLifeAsEve, LaurDIY, Jordan Fisher, and Coco Jones. By casting some of the internet’s biggest influencers in their content, the brand is reaching new larger audiences and attaining more brand engagements which could not be generated with traditional advertising efforts. Each of the influencers shared video and photo content of the brand campaign to their social channels which reached over a million organic engagements combined.

Fanta’s was able to leverage an old campaign and shift its audience by tapping into influencer marketing.

2. Fashion Nova – If you build it they will come

Why this Campaign Works:

Fashion Nova is a brand that tapped into the power of influencer marketing early on. The company grew its business to 600 employees in three short years, mainly because of its social media presence.

“We work with 3,000 to 5,000 influencers,” said Fashion Nova’s founder and CEO, Richard Saghian. Many of these influencers are recurring brand ambassadors that post frequently about the new products. Many of the influencers receive compensation of new clothing rather than money. The company measures the effectiveness of the influencers by analyzing their reach, engagement and by providing each of them with unique check out discount codes.

The brand is continuously looking for new influencers to add to its roster, like Patricia Bright in the video above. She created a non-sponsored review video of some of Fashion Nova’s products and within weeks of the video being published she was contacted by the brand and shipped out new clothes to create another video. This shows the brand sees a lot of value in influencer marketing tactics as they are actively involved in finding new influencers to act as brand advocates.

Other brands should take note of Fashion Nova’s tactics. There are most likely people already talking about your brand online. Find those influencers first. As you know their community is your target audience.

With such great success with influencer marketing, Fashion Nova shows no signs of slowing down anytime soon.

Why this Campaign Works:

Say what you will about the Starbucks Unicorn Frappuccino, taste preference aside, one thing can’t be argued – its marketing was executed flawlessly. The limited-time offered frozen drink (April 19 to April 23) captured public attention instantly. Besides organic buzz from in-store marketing, the standard media release, and a few ad campaigns, how did Starbucks take over the internet, increase sales, and heighten brand awareness in less than a week? Not just with any marketing but with Influencer Marketing.

In the weeks, even months prior to their sweet sugary release of the unicorn Frappuccino, Starbucks reached out to an array of YouTube personalities to create and release product related videos during the five-day campaign. The campaign was mentioned by a few of YouTube’s top influencers, including iJustine, Miranda Sings, Aleshia Marie and Joey Graceffa, which garnered the brand over 5 million organic views from those influencers alone.

Starbucks scored millions of dollars in free advertising in a short period of time. Though Starbucks has yet to release formal statements of their marketing budget on this specific campaign, the amount of organic social media content and media coverage alone indicates Starbucks return on investment was well worth it.

Why this campaign works:

Glossier, the New York City makeup brand, was created back in 2014 by 29-year-old, Emily Weiss. The company has grown quickly in short time and the founding woman says it has everything to do with word-of-mouth marketing. The brand partners with influencers over celebrities as it wants to partner with “regular” women who truly believe in their products.  The brand uses a referral program allowing digital influencers to offer special discounts and incentives to their loyal communities.

The brand combines a popular YouTube content trend, “my morning routine” with influencers to create marketing video content. This allows brand fans to watch “regular” women try out new Glossier products in the comfort of their own homes.

Weiss says, “What’s very motivating to us is this idea of every single woman being an influencer.” And with a bold statement like that, it seems as though Glossier will be sticking to this influencer marketing tactic.

We’re here to help you create smart influencer marketing campaigns that are backed by data to maximize your return on investment! Interested in learning how our leading software can help? Contact us for a demo. In the meantime, here is a free influencer insights report to get you motivated: https://influenceforimpact.com/2017-influencer-marketing-insights-report/